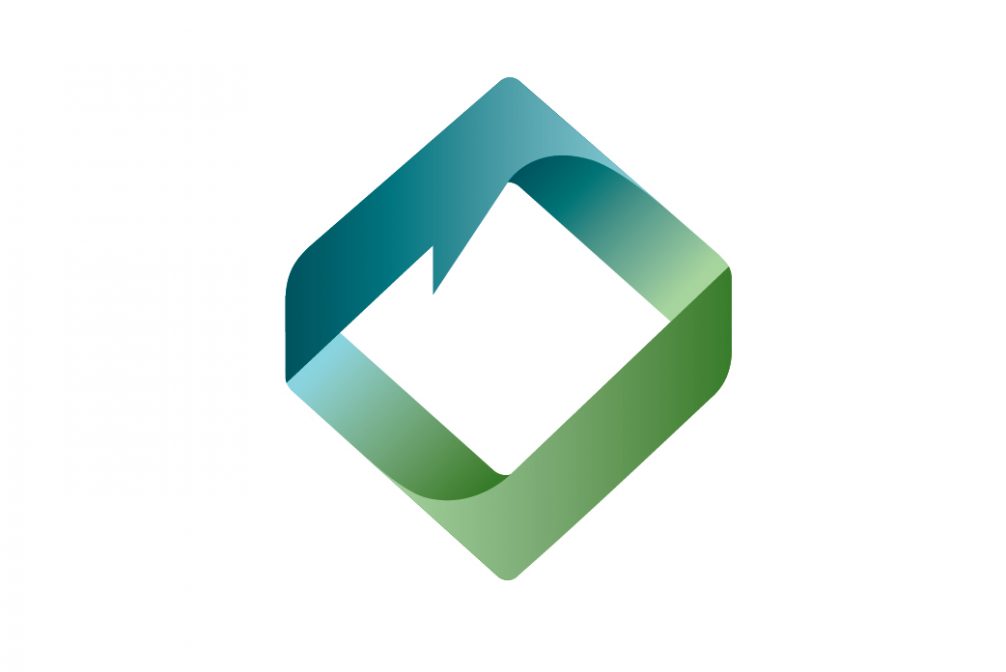 After completion of an economic study, leaders of the Town of Estes Park needed to convince key players that a progressive economic strategy was needed to move forward. BAS1S was hired to create a booklet based on the results of the study, with emphasis on making the somewhat dry numbers into a graphically pleasing report. These guys knew that good design helps sell a point. The original report was well received and shortly there after the case for creating an Economic Development entity in Estes became a reality. 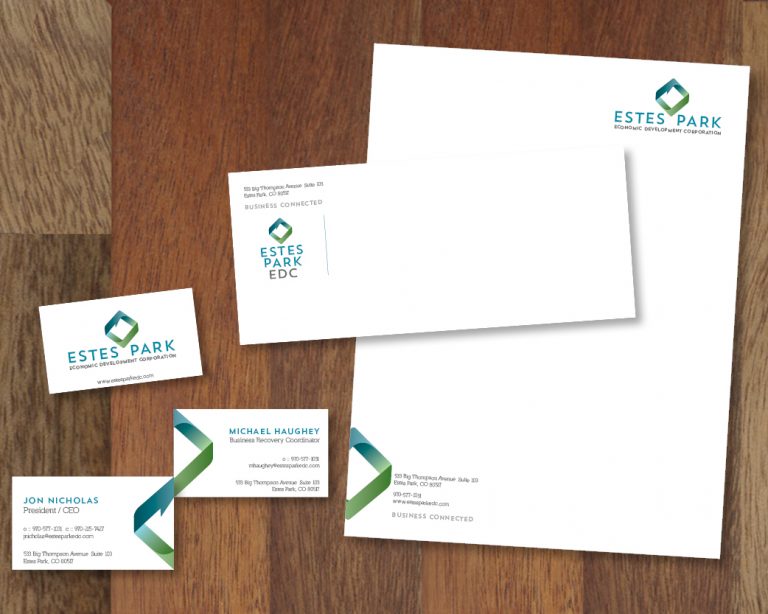 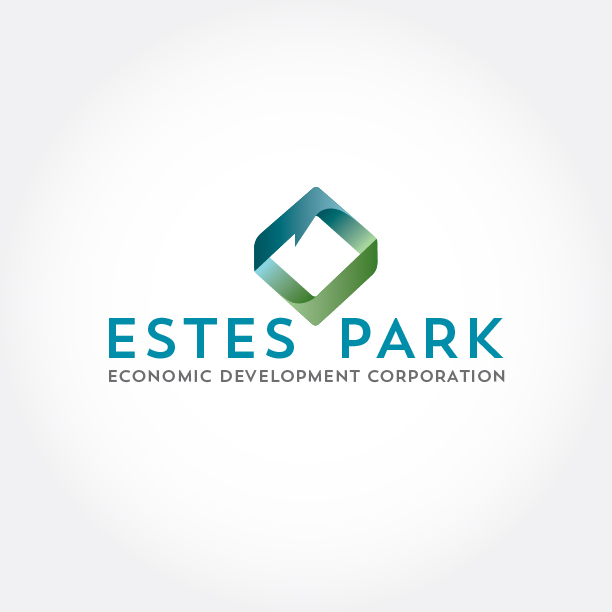 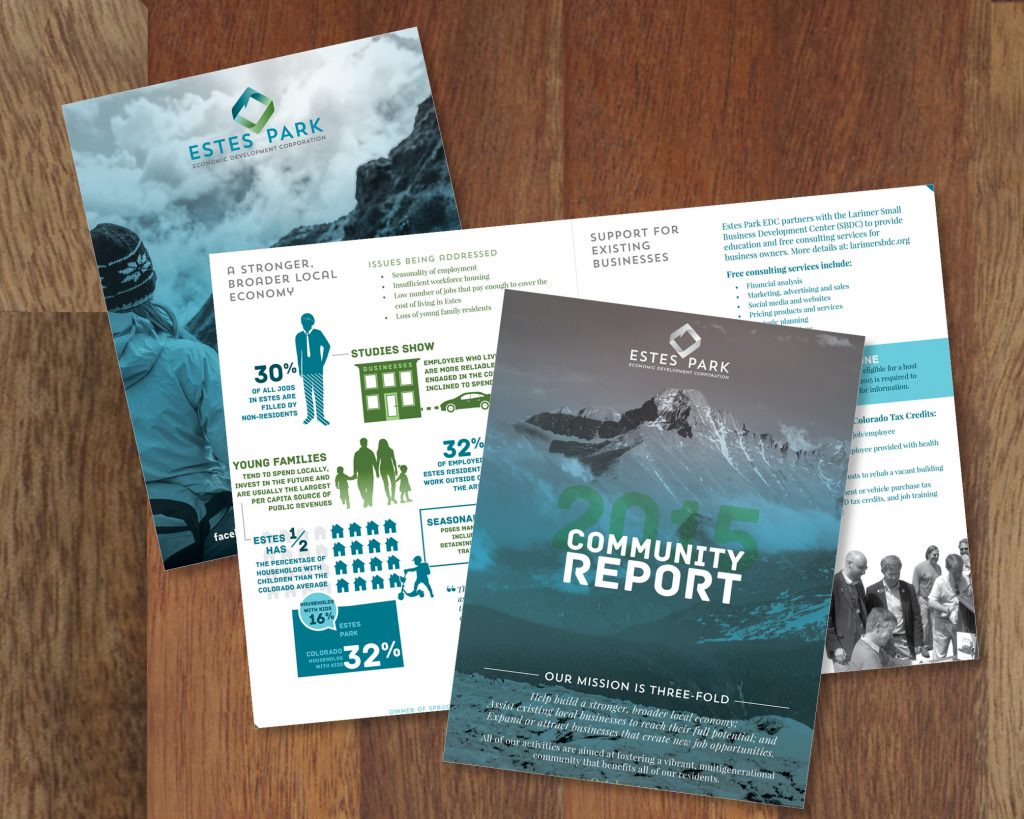 From Conception to Launch

The newly formed organization came back to us to create a brand that communicated the desirability of living and working the unique mountain town. Ideally located at the base of RMNP and with easy access to several densely populated Front Range communities, the brand was modeled after a map locator to emphasize the benefit of the town’s proximity both the outdoors and urban areas. An abstracted nod to Longs Peak gives both geographic reference and emphasis on the outdoor opportunities the town offers. 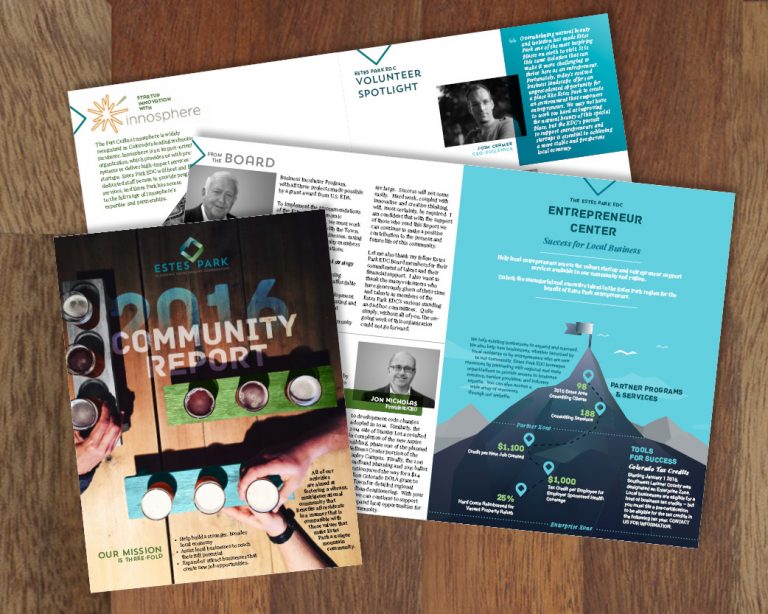